# 189 "Daddy give everyone a wonderful life in CCF" Scott Neeson self-promotion!

I tried to write to a few of the journalists amongst you but the PPP server bounced them. The powers that be at the PPP do not want me to communicate with any of you by email.

How do you all feel about the Phnom Penh Post providing Scott Neeson and the Cambodian Children’s Fund with free public relations material?

How do you feel about having, as part owner of the Post, a man who insists that PPP journalists, only write positive stories about him and his NGO? 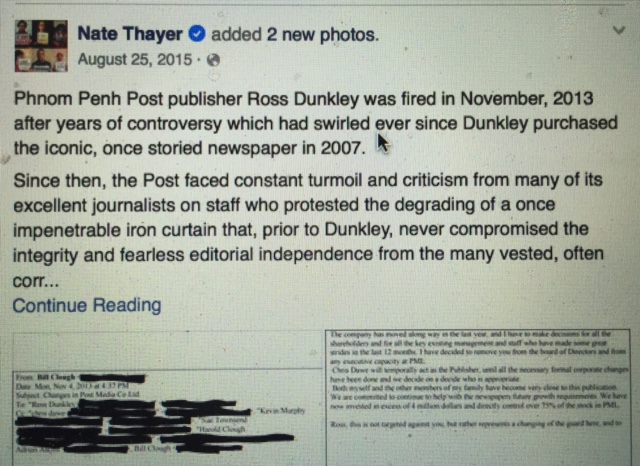 “Since 2007, the Post (has) faced constant turmoil and criticism from many of its excellent journalists on staff who protested the degrading of a once impenetrable iron curtain that, prior to Dunkley, never compromised the integrity and fearless editorial independence from the many vested, often corrupt, moneyed interests in Cambodia, including the ruling dictatorship in political power.”

You might like to ask Sue Townsend, friend and associate of Scott Neeson and a member of the wealthy Australian family that co-owns the newspaper, if it is true that she and Scott must now pump $50,000 a month into the PPP in order to keep the ailing newspaper afloat? If so, and if Scott Neeson owns 50% of the PPP, does this mean he is pumping $25,000 a month into the newspaper to pay your salaries? If so, where does this money come from? Donations given to CCF to help impoverished families in Steung Meanchey?

How do you feel about not being able to ask any questions about Scott Neeson’s World Housing initiative? Like, “Who owns the land upon which the houses ‘gifted’ to poor families have been erected? Scott Neeson himself?  Country Manager Kram Sok Channoeurn? Do you find it annoying (to say the least!)  not being able publish whatever your research might uncover about World Housing or many of the other CCF initiatives that raise both ethical and legal questions – like the removal of 700+ children from their families, to be brought up in what is, in effect, an orphanage?  An orphanage in which children with real fathers are encouraged to call Scott Neeson ‘Daddy’. (That Neeson should boast of his ‘Daddy’ status on his Facebook page speaks volumes of how insensitive he is; how out of touch with reality!)

“Once Dunkley compromised the Post's integrity by cutting sweet advertising deals in exchange for fawning coverage, employed corrupt journalists who subordinated the independence of their news stories for personal financial gain and access, muddied the previously clear line between the advertising department and the newsroom, and undermined the reputation of a free press in Phnom Penh by offering little different than the already available questionable news fare in Cambodia, it has been a decidedly uphill slog to recover.”

Do you approve of the ‘fawning coverage’ the Post gives to Neeson? Supposedly news stories that are really little more than advertisements for Neeson, CCF and the CPU?

With the Maha Songkran holiday just 6 days away wouldn’t you like to ask Scott Neeson why he has told the 700+ children in residential care that there will be no balloons, no decorations, this year because CCF can’t afford them?

(Upon reading this I imagine that Scott will send out for balloons and other decorations so that one of his Trolls can write, “Wrong, Rickets. The kids will get their balloons as always.” Mind you, the words ‘loser’, ‘jealous’, ‘moron’ and other colourful epithets will be used as Scott tries, yet again, to shoot the messenger.) 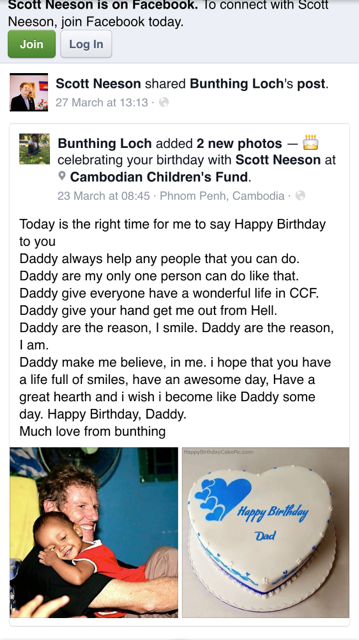 “How much did Scott Neeson and Sue Townsend pay for their photo opportunity with the Dalai Lama?”

“Who is the teenage girl in the arms of a man more than twice her age? Is she a CCF girl? Is Scott her ‘daddy’?”

And countless more to be found in this blog.

I do not know the answers to these questions. Scott Neeson does not answer questions from me as a matter of principle. Perhaps if a delegation of journalists from the PPP were to ask him some of them he would answer. And if he does not, that is your story. And if the PPP will not publish it because Scott Neeson is part owner of the newspaper, that makes the story all the more important to be told if you value your independence and integrity.

The next time Chad Williams asks any of you to re-write a Scott Neeson press release and make it seem like a news story, say ‘no’. Tell Chad Williams that you want to write about World Housing, about why it is, with millions of dollars in assets, Scott has announced that there will be no balloons this year for the CCF kids!

When Neeson’s House of Cards collapses under the sheer weight of his lies there will be a lot of people with egg on their faces – including journalists who, on instructions from Neeson himself (via Chris Dawe and Chad Williams), failed to ask the right questions or, having asked them, failed to publish what they discovered.  Declaring, at some time in the future (and it may be soon), “I had no idea that the World Housing initiative was a scam” will not wash. Claiming that you were just doing as you were told will not absolve you of your ethical responsibilities as journalists. 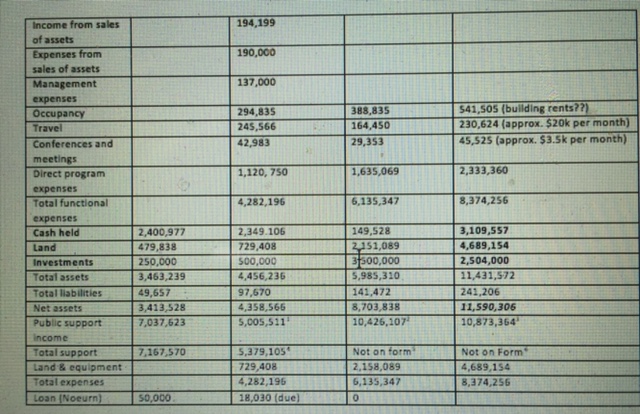 Posted by James Ricketson at 12:57 AM